So recently had a lucid dream about a Twitter feature. In my dream, I was demoing the feature and talking to Jack Dorsey via Skype. Also, I guess I was thinking about it in 2016. So this has been stuck in my brain for the past year. Here is the tweet:

2/2: This is basically an automated twitter search based on a topic and your network. I think this would really increase engagement.

So for me, I really love Twitter because it allows us to engage with people with the same interests. Twitter has always been great for that and that is what makes it useful for news, events, and networking. BUT Twitter has not given us many tools to further discover and increase engagement.  Recently Twitter gave us a “while you were away” section which shows you tweets that you might have missed and would want to see, and they updated the Explore section to show search, trending and moments. These are increasing the tweets that I engage with each day but I believe there are more ways to do this.

Let’s call this news feature Tweet Intent Recommendations. I believe the problem is that most people tweet about a topic or ask a question and don’t hear back from any of their followers because the tweet gets lost in the feed. But there are users tweeting about that exact topic, Twitter just needs to help you find those tweets.

This can be done by understanding the intent and topic of a tweet, then recommending tweets for you to engage with. Let’s see a tweet example: 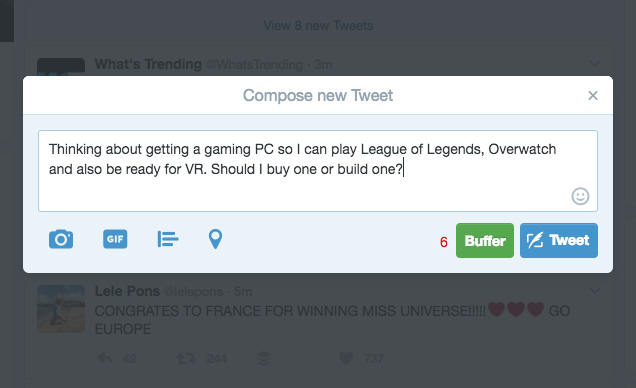 Twitter can analyze my tweet and understand that the topic is “gaming PC.” From there they can recommend tweets from people I follow who are already talking about the topic. 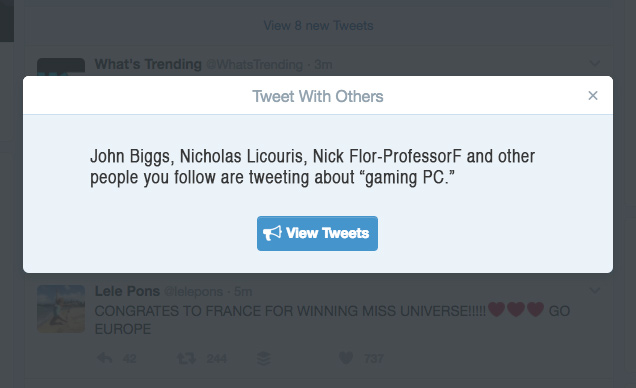 By clicking on View Tweets twitter does a search based on the topic “gaming PC” and shows you tweets from users you follow. Here are some tweets based on that search: 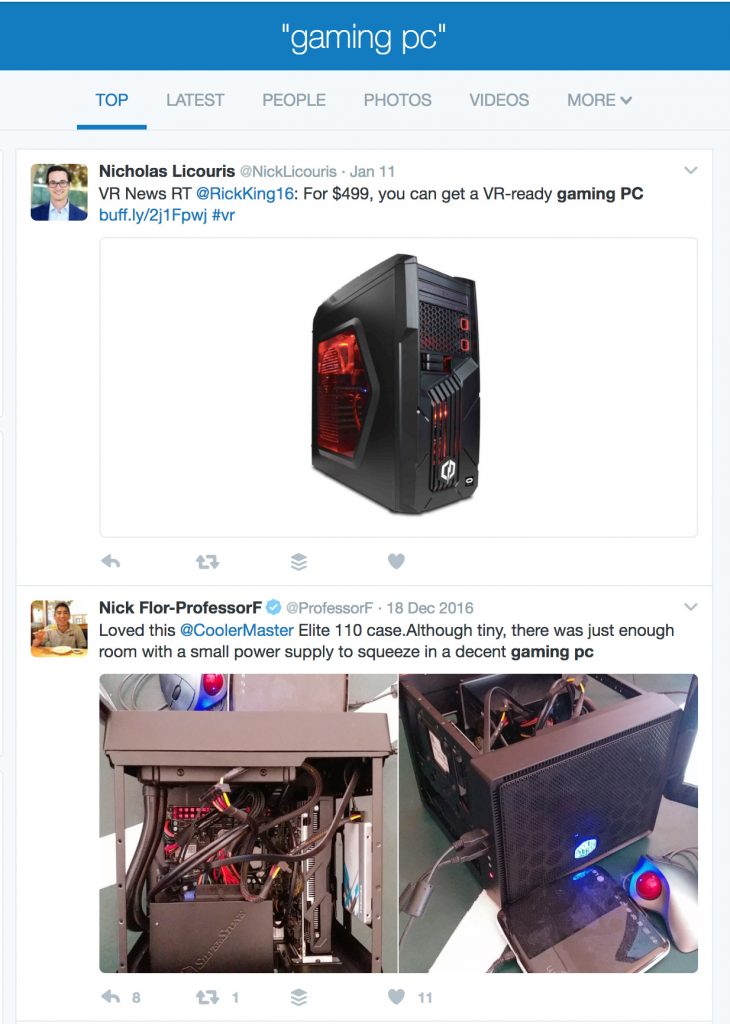 Now based on the results I can talk with people I follow who are interested in gaming PCs. If there aren’t many people you follow who are talking about your topic Twitter can also show you tweets from your followers and other people you might not follow. People are talking about the same things you are it’s just about finding and engaging with them.

*This is just an idea I had. If anyone is interested in talking more about this feature please feel free to comment below or email me at joseph.holguin at gmail.